This half-day public event and will feature recognized leaders in economic development who will address topics such as global and local economies, strategic planning for the future, technology, entrepreneurialism and what drives business decisions. City Mayor Kim McMillan and County Mayor Jim Durrett will both welcome guests with opening remarks. 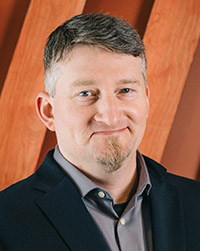 “This year’s summit offers a very high caliber of speakers,” said EDC Chairman Tommy Bates. “We’re all looking forward to Google, but I’m equally honored to host each one on the agenda. Technology, the site selection process and entrepreneurialism are all complimentary pieces of a progressive and successful economic and business development strategy.”

The Growth Summit will be held from 7:30a.m. – 1:00p.m. at Clarksville’s Riverview Inn located at 50 College Street. Registration is $45 and includes breakfast and lunch. To register email Yvonne Pickering at yvonnep@clarksville.tn.us or phone 931-245-4340 no later than Monday, August 15. Registration must be paid prior to event.

The Growth Summit is an initiative of the Aspire Clarksville Foundation. Foundation initiatives for economic growth and community marketing are privately funded and implemented by the Economic Development Council and its member entities: Clarksville Area Chamber of Commerce, Industrial Development Board and Convention & Visitors Bureau.

Enoch Moeller is site operations manager for the Google data center in Lenoir, N.C. Moeller joined Google in 2008 to lead the data center’s construction and launch. Prior to joining Google, Moeller spent eight years with Charlotte-based Quaero Corp as VP of Information Technology. Moeller has a deep background in information technology including the financial services, manufacturing and call center sectors. Moeller serves as Chairman of the N.C. Technology Association’s board of directors and on the boards of the Caldwell County Economic Development Commission, NCFirst Robotics and the N.C. Board of Science, Technology and Innovation.

Kevin Triplett was appointed in April, 2015 to the cabinet of Governor Bill Haslam as commissioner of Tourist Development. Prior to joining Gov. Haslam’s team, Triplett served Bristol Motor Speedway as vice-president of public affairs. Before joining BMS, Triplett worked for NASCAR, the sport’s sanctioning body, beginning in the public relations department, overseeing several of NASCAR’s 50th Anniversary projects. He ended his tenure with NASCAR as managing director of business operations.

Ulrich Schmidt has extensive experience in working with global companies on location analysis, site selection and business incentive issues. He served as the primary site consultant for Hankook Tire Company.

Kelli Nowers is community director at the Nashville Entrepreneur Center and is the staff person who works most with Google. She will address the EC’s relationship with Google and the Bunker program, the Center’s program for veterans who want to start a business.

About the Economic Development Council

The Economic Development Council was formed in 1995 to develop, coordinate and implement a comprehensive marketing plan for economic development in Clarksville-Montgomery County. This strategic marketing initiative and funding mechanism is now the 501(c) (3) Aspire Clarksville Foundation and is governed and funded solely by private investors.

The Clarksville-Montgomery County Industrial Development Board (IDB) is pleased to announce Wally Crow as the Chairman of the Board for the 2020-2021 term. Crow previously served as IDB Chair for the 2016-2017 term and has an extensive history in commercial and industrial contracting, project management, civil engineering and planning.

“As we take time to reflect on the success and the accomplishments our great community has seen this past year I am pleased to share that the economic development efforts of the Clarksville-Montgomery County Industrial Development Board (IDB) have impacted the prosperity of every business, friend, family, and neighbor in Montgomery County and throughout the region,” said Frank Tate, Executive Director, Industrial Development Board. “The IDB is a community organization, that was established in 1963, designed to market growth and foster job development by creating an environment that provides progress and a high quality of life for our citizens. Our strategy is simple, to put the county in a competitive position to grow, attract and retain the types of companies we desire.”