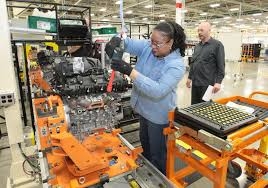 Aftermarket suppliers - These suppliers provide products for the repair and maintenance of existing vehicles. Aftermarket products are sold through a variety of retail stores such as AutoZone and Genuine Parts.

The Clarksville Area Chamber of Commerce is pleased to welcome  Federal Reserve Bank of Atlanta President, Raphael Bostic, to serve as the keynote speaker at the July 18 Power Breakfast.

During the November 5 informal county commission meeting, Commissioners will be presented with a resolution to approve three air monitoring stations on two sites in the Clarksville-Montgomery County Corporate Business Park South along International Boulevard.